If you are the beginner of this area, you can benefit from this guide.

What Is Packed Tower

The packed tower is also called packed bed or column.

Packed tower uses packing as the basic component of gas and liquid contact and mass transfer.

The liquid flows from top to bottom in the form of a film on the surface of the packing, and the gas flows in a continuous phase from bottom to top with the liquid in a forward direction, and conducts mass transfer and heat transfer between the gas and liquid phases.

The component concentration and temperature of the two phases change continuously along the height of column. 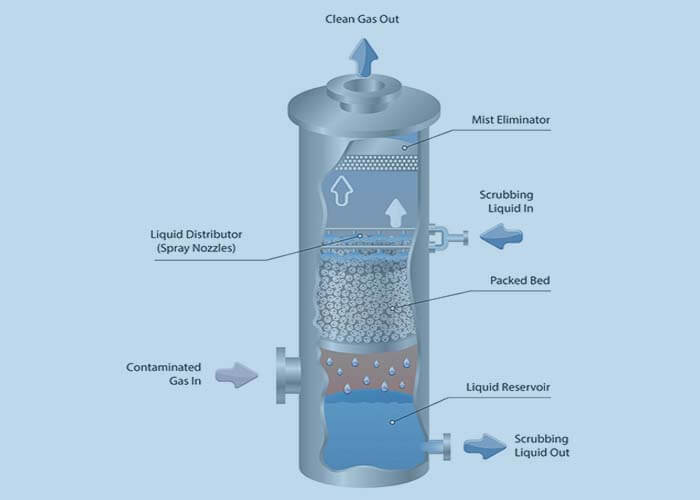 The History Of Packed Tower

Before the 1970s, the plate columns had an absolute advantage among large towers.

The emergence of the energy crisis in the early 1970s highlighted the issue of energy conservation.

With the development of petrochemical industry, people have paid more and more attention to packed columns.

In the following 20 years, packed tower technology has made great progress, and many high-efficiency packing and new column internals have emerged, especially new high-efficiency structured packing.

The development and application have impacted the situation that the distillation equipment is dominated by plate columns, and there is a big trend to replace the plate columns.

The largest diameter structured packing column has reached 14 meters to 20 meters, ending the history that packed columns are only suitable for small diameter.

This marks a new stage in the comprehensive design technology of the column packing, column internals and the packed column itself.

Looking at the development of packed columns, it can be seen that until the end of the 1980s, the research on new types of packing has been very active, especially the emergence of new type of structured packing, so some people at that time said it was the world of structured packing.

But as a whole, the research on column packing structure has always been carried out along two aspects. The simultaneous development of random packing and structured packing.

After entering the 1990s, the development of fillers has been slow, as if entering a relatively stable period, or in other words, it is in a stage of consolidation.

For example, the most representative product exhibited in 1994 was still the Optiflow structured packing exhibited by Sulzer in 1991.

The most development in the field of packing is still in the gas-liquid distributor.

Some global companies have relatively mature research on liquid distribution devices, but the research on gas distributors only started a few years ago.

On the contrary, in the past five or six years, the plate column technology in the column has made significant progress.

Nevertheless, the development and application of new fillers will continue to develop, and the focus will still be on structured fillers.

It is expected that the development of packed towers in the future should still be attributed to the following three aspects: 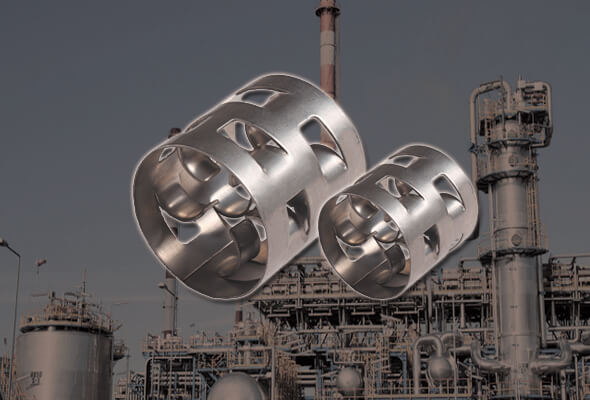 It is very popular among the metal pall rings field.

Stainless steel pall ring is improved on the basis of the metal raschig ring’s structure.

It is suitable for the materials which are easy to decompose, aggregate or carbonize.

It is suitable for various separation and absorption applications, such as gas dehydration, methane and carbon dioxide removal. 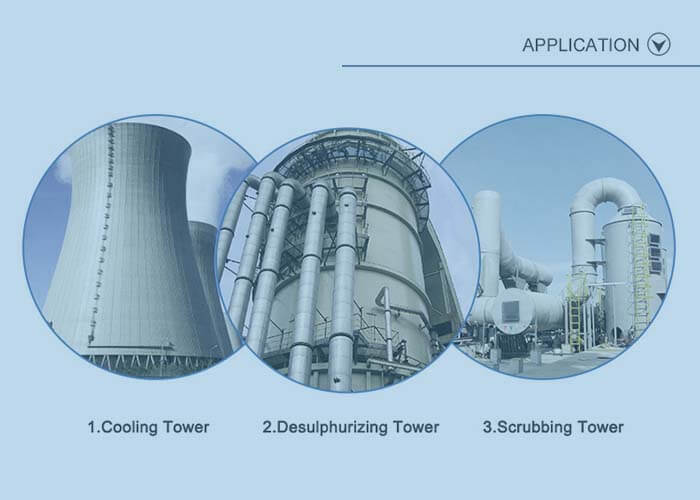 And 316L stainless steel strip is also resistant to the erosion of the ocean and corrosive industrial atmosphere.

In the intermittent application below 1600 degrees, 316 stainless steel strip has good oxidation resistance.

The duplex 2205 and 2507 stainless steel strip are aslo the raw materials for random column packing industry.

But their price is much higher than 316L stainless steel strip.

So choosing the 316L stainless steel strip material can help save your money.

Are you looking to buy high quality stainless steel strip from a reputable supplier in China? If so, we here at HZW are the people to see.