Stainless steel strip surface treatment is one of the major part during production. If you are the beginner of this area, you can benefit from this guide.

By the end of this blog, you will have full understanding on all surface treatment of stainless steel strip production.

NO.1: No. 1 surface refers to the surface obtained by heat treatment and pickling after hot rolling of the stainless steel strip.

It is to remove the black oxide scale produced during hot rolling and heat treatment by pickling or similar treatment methods.

This is No. 1 surface processing. The No.1 surface is silvery white and matt.

No.1 hot rolled 316L stainless steel strip are mainly used in heat-resistant and corrosion-resistant industries that do not require surface gloss, such as alcohol industry, chemical industry and large containers. 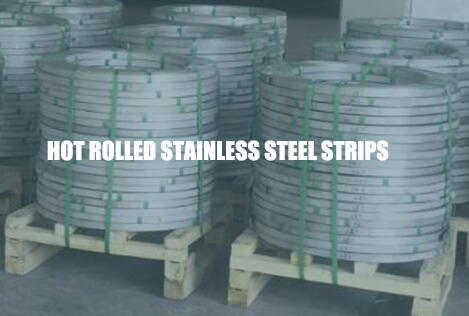 Compared with the common 2B surface finish, the smoothness of the 2D surface is lower than the 2B surface.

But the overall surface of 2D is still very uniform and matt.

The 2D surface finish is generally heat treated and pickled after cold rolling, and then smoothed with a matt roller.

2B: The surface of 2B is different from the 2D surface in that it is smoothed with a smooth roller, so it is brighter than the 2D surface.

The surface roughness Ra value measured by the instrument is 0.1～0.5μm, which is the most common processing type.

This kind of stainless steel strip surface is the most versatile, suitable for general purposes, which is widely used in the chemical, paper, petroleum, medical and other industries, and can also be used as a building curtain wall. 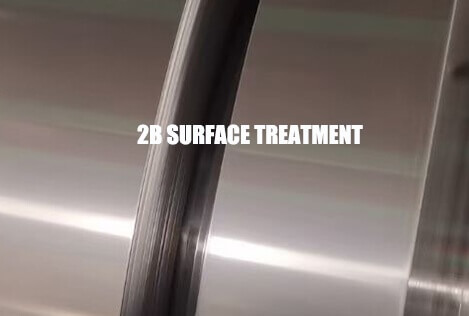 The principle is to use the work hardening characteristics of austenitic stainless steel to increase the strength and hardness of the steel plate by cold working methods such as rolling.

The hard material uses a few percent to several tens of percent of the mild rolling to replace the mild flatness of the 2B base surface, and no annealing is carried out after rolling.

Therefore, the TR hard surface of the hard material is the rolled after cold rolling surface.

The strip can be fast cooled by the the continuous annealing line.

The traveling speed of the stainless steel strip on the line is around 60m~80m/min.

After this step, the surface finish will be 2H rerolled bright. 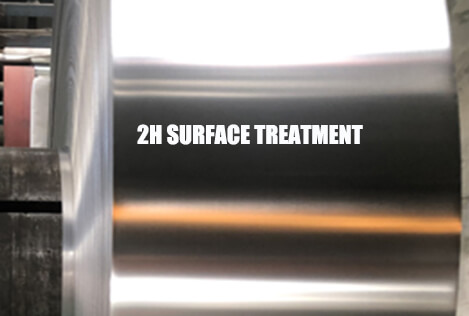 Mechanical polishing type is a polishing method that relies on cutting and plastic deformation of the material surface to remove the polished convexities to obtain a smooth surface of polished stainless steel strip.

During 201 stainless steel strip for banding strap production, the polishing finish will be needed. 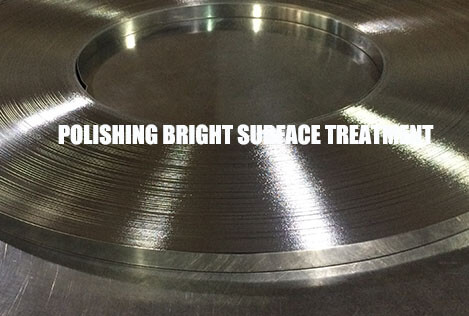 The surface roughness Ra value measured by the instrument is 0.2～1.5μm. 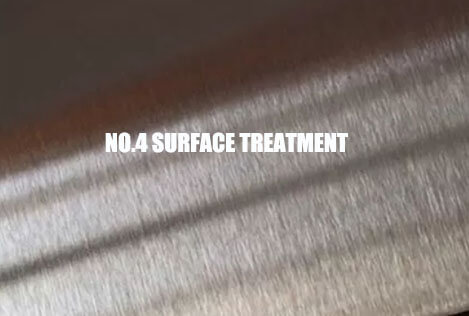 In China’s GB3280 standard, the regulations are rather vague.

HL surface finish is mostly used for building decoration such as elevators, escalators, and facades.

BA: BA is the surface obtained by bright heat treatment after cold rolling.

Bright heat treatment is annealing under a protective atmosphere that guarantees that the surface is not oxidized to preserve the gloss of the cold-rolled surface, and then use a high-precision smoothing roll for light leveling to improve the surface brightness.

This surface is close to a mirror finish, and the surface roughness Ra value measured by the instrument is 0.05-0.1μm.

BA surface has a wide range of uses and can be used as kitchen utensils, household appliances, medical equipment, auto parts and decorations.

No.8: No.8 is a mirror-finished surface with the highest reflectivity without abrasive grains.

Generally, BA materials are used as raw materials for mirror finishing only through grinding and polishing.

After mirror finishing, the surface is artistic, so it is mostly used in building entrance decoration and interior decoration. 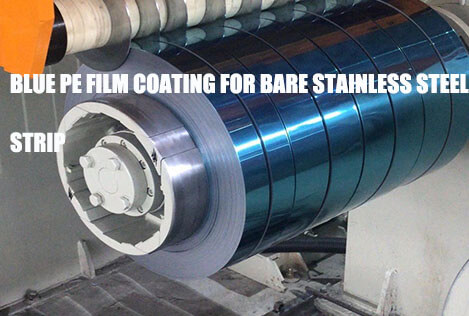 The blue PE protective film is produced by adding blue pigment to the transparent plastic coating to make the original film, and then applying oil-based adhesive or water-based adhesive through coating technology.

After the surface treatment, we use blue PE film to protect the surface of bare stainless steel strip.

In summary, these are the surface and treatment processes of stainless steel strips.

Different surface finish of stainless steel strip will be used for different fields.

Customers can choose the corresponding surface finish according to their own usage of stainless steel strips.