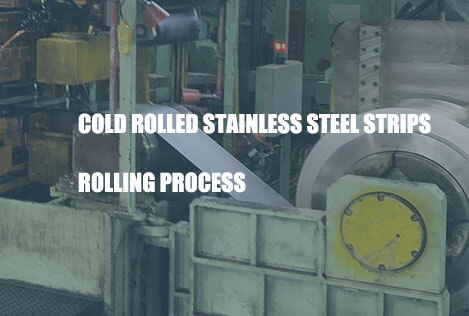 At the same time, it should be adjusted at any time according to the shape of the plate. When there is a wave in the middle of the material, the tension should be reduced pull the edge of the belt or break the belt.

When the strip produces edge waves, the tension can be appropriately increased.

According to the cold rolling principle, work rolls with the smallest possible diameter should be used under the maximum pressure condition.

With the goal of reducing the diameter of work rolls, multi-roll mills including 6, 12, and 20 rolls have been developed.

Among them, the 20-high rolling mill has become the first choice for the production of precision cold rolled stainless steel strips due to its high rigidity and small roll elastic deflection and deformation.

After the strip is annealed, in order to obtain good plate shape, machining performance and deep drawing performance, it usually passes through a stretching and leveling unit.

Its working characteristic is to make the strip produce extension under the combined action of stretching and continuous alternating bending.

Strip steel can eliminate defects such as middle wave, quarter wave, side wave, vertical and horizontal bending through the stretching and straightening process, but the brightness is reduced by 1%.

The flatness accuracy of the finished strip after stretching and straightening can reach 1% of the incoming material flatness.

In order to cut the edge and split the wide strip stainless into finished narrow stainless steel strip, slitting machines are often used.

Today’s slitting machines have developed a lot of new technologies, such as automatic adjustment of the insertion amount of slitting tools and axial clamping; scissors quick-change system, 50% less replacement time than conventional methods.

Therefore, thinner cold rolled stainless steel strips can be used instead of thicker hot rolled strips for the same purpose to save the amount of steel material, which is of great economic significance.

HZW is the stainless steel strips and solutions expert.

Our expert team is well versed in several industry fields, making sure there is no error in your every strip stainless steel order.

If you are looking for the quality cold rolled stainless steel strips suppliers from China, why not contact us here?